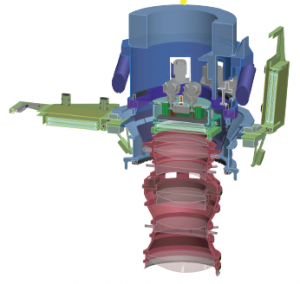 Hyper Suprime-Cam (HSC) is a gigantic digital still camera for the Subaru Telescope which is built by National Astronomical Observatory of Japan (NAOJ) and the Kavli Institute for the Physics and Mathematics of the Universe in collaboration with international academic and industrial partners. The height is taller than human being and its weights about three tons.

The installation of HSC onto Subaru Telescope took place in August 2012 and the first light was announced in July 2013.  A large-scale survey with HSC starts in 2014.

Read more in the NAOJ webpage